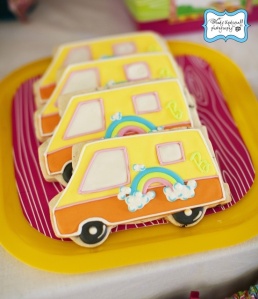 Kudos to this campy baker

“Wrapping up” the posts about Christmas gifts I wish I still had today are #s 3, 4, and 5 (since they’re all similar versions of each other): Barbie’s Country Camper, Barbie’s Beach Bus, and Barbie’s Friend Ship. Damn that Barbie. She made travel look so effortless, so fun, so luxurious. It just set me up for disappointment later in life.

#3 Barbie’s Country Camper: I love camping, but I never look (or feel) half as pretty and refreshed as Barbie and PJ in their Country Camper. I blame it on tent sleeping, not to mention lack of bathing facilities in the woods. 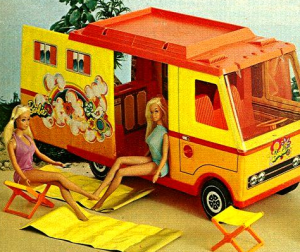 PJ and Barbie, makin’ it look so easy.

#4 Barbie’s Beach Bus: Complete with surf gear, beach chairs, and clambake cookware, it was an endless summer with Barbie’s Beach Bus. I think I lost both Barbie RVs when the two were involved in a backyard pileup in the late 70s. 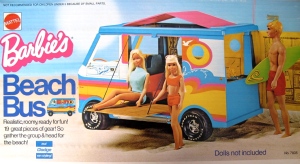 #5 Barbie’s Friend Ship: I swear I would still take this out to play with (like this person did in a pretty long youtube video) if I still owned it today. It had so many cool accoutrements, and even the drawn-on galley and cockpit details added to the fun. 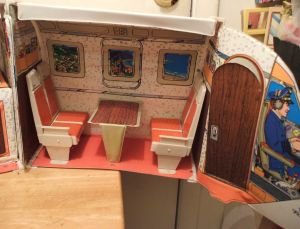 If I had this kind of arrangement on the Newark to New Delhi flights, maybe I’d like traveling to India more. 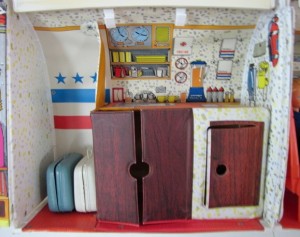 I guess airlines discontinued daiquiri service some time in the 70s. 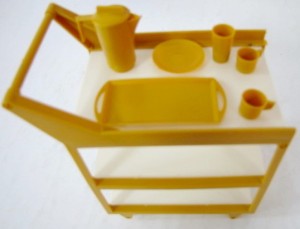 The Friend Ship even came with a beverage cart. (I hope I didn’t make my Barbie flight attendants ram it into sleeping passenger’s shoulders.)

This entry was posted in Getting Started and tagged Barbie Beach Bus, Barbie Country Camper. Bookmark the permalink.